But Ocasio-Cortez’s attempts at clean up did not go very well.

And then Alexandria Ocasio-Cortez melted down after getting caught in this compromising situation.

Ocasio-Cortez emerged as the chief defender of the Biden administration’s plan to ban gas stoves.

The New York Congresswoman engaged in a back and forth with Texas Congressman Dr. Ronny Jackson, that ended in humiliation after he posted a photo from her own social media account showing her cooking  with a gas stove. 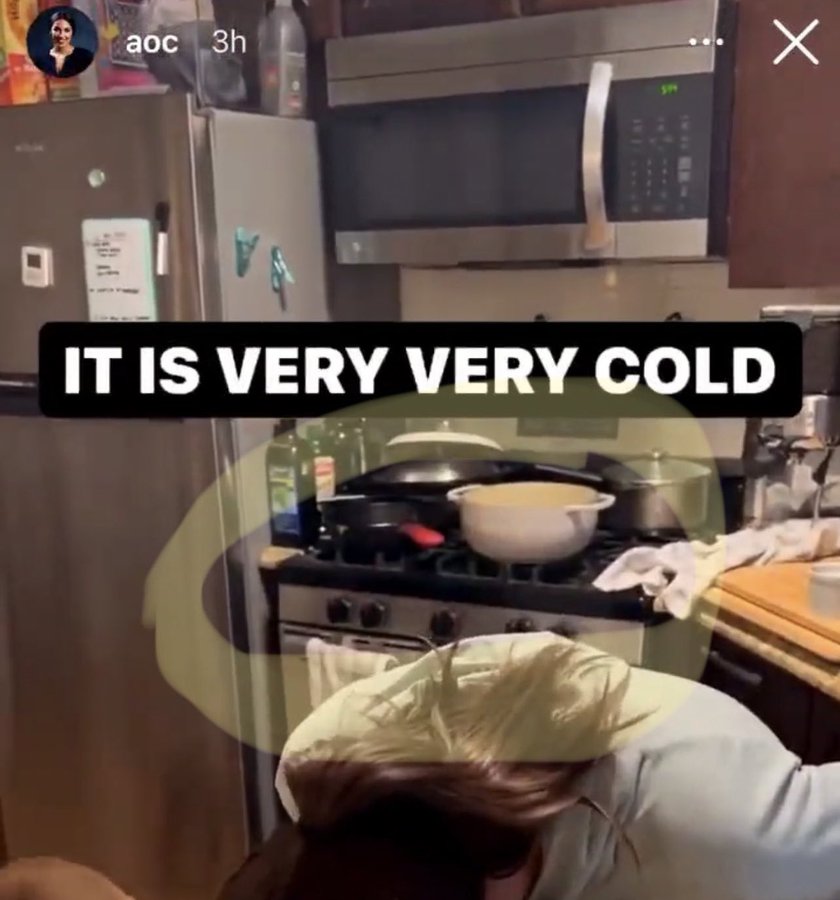 Despite using one herself, Ocasio-Cortez tried to say she wasn’t a hypocrite for claiming gas stoves caused childhood asthma and cognitive decline.

“I do think it’s funny the absolute, utter Republican meltdown where they’re like ‘you can take my gas stove from my cold dead hands,’ or, ‘how dare you talk about gas stoves, you have a gas stove,’” Ocasio-Cortez stated.

“First of all, I rent, period. Second of all, it doesn’t even matter. Because, by that logic, these are the same people who would have said we should have never gotten rid of leaded gasoline just because someone may have driven a gasoline car,” Ocasio-Cortez added.

“There is very concerning science about some of the emissions from gas stoves,” Ocasio-Cortez exclaimed, adding “especially around the cognitive development of young children, asthma, cancer, et cetera.”

This is not true, as the only legitimate study found no link between gas stoves and childhood asthma.

First of all, the largest analysis of any link between gas stoves & childhood asthma (500,000+ children sampled worldwide) found “no evidence of an association between the use of gas as a cooking fuel and either asthma symptoms or asthma diagnosis.” https://t.co/vNADeKBKVv

Ocasio-Cortez then blew up the Democrats’ new talking point that Biden never intended to ban gas stoves by admitting that he was going to ban them going forward and limit the options of people to buy gas stoves for their homes if they wished.

“This is a decision about what may be sold and regulations in the far future. Okay? So everyone just take the temperature down a little bit,” Ocasio-Cortez concluded.

US Political Daily will keep you up-to-date on any new developments in this ongoing story.